WARNING: PURCHASING ON ITCH.IO  WILL NOT GIVE YOU A STEAM KEY!!

Project New Home.
A new beginning for mankind to be inhabitant on an unknown planet because Earth is no more.
After 8 years on New Home, a sickness was discovered and it is still spreading in the city.
Everyone got sick, except a 16 year old teenage girl.
Who is the only one that is not affected and needs to find a solution before it's too late. 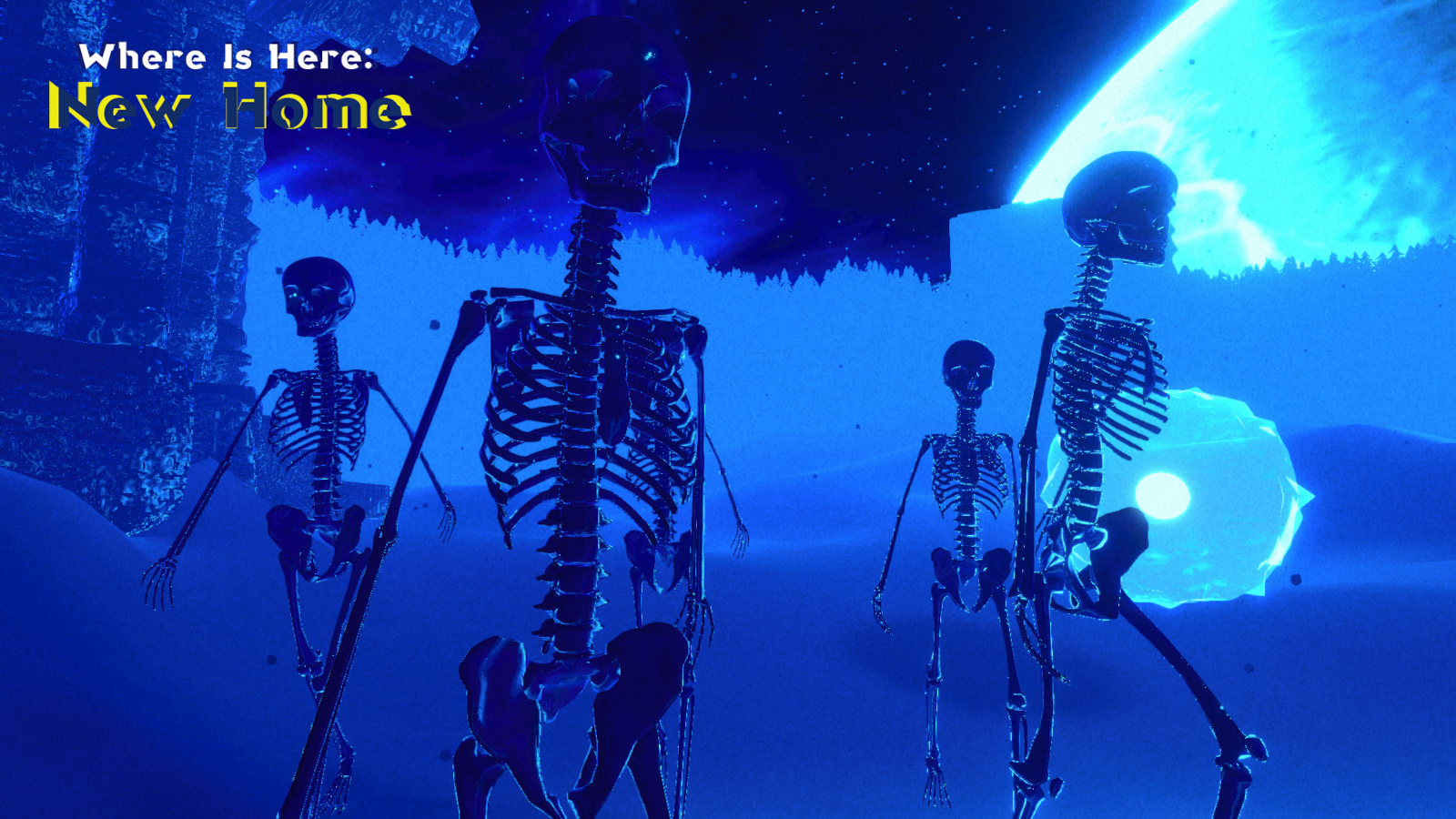 You play as a teenage girl named Alex who arrived only this morning on New Home.
You start the game by exploring the atmosphere of New Home behind the walls with your assistant drone Cassandra.
To help you find clues to know what is your next plan.
The game is mixed with exploration, meeting all different characters (friend and foe), solving puzzles and some horror survival moments.
You don't have any military skills. Your only option is to run.
You have an inventory that contains items you have found to help you out on the road while exploring new worlds.

Be careful. All is unknown.

- For fans that likes survival horror games where you are defenseless.
(example games: Outlast, Amnesia, Soma).
- An adventure game in multiple worlds!
(example game: Mass Effect : Andromeda).
- A unique story about an unknown mystery to be unraveled in multi worlds.
- An unordinary personal story-driven video game made by a solo indie developer in Romania.
- Gameplay time: 1 hour and 30 mins BETWEEN 2 hours and 30 mins.
- No multiplayer, ONLY single player!
- This game is for OLDER than  12 years,
Why? (fear, arachnophobia,  skeletons, no nudity, no cursing, no blood and no violence)

IF you are younger than 12 years old, you should ask your parents/ parent or another older than 21 years old family member to give you an approval to play this game. Young kids get easily scared from strange noises  or sounds.

An IT engineer working as a IT Director in a software development  company in web and mobile space in USA. He's Portuguese moved to USA . An amazing & caring person for his family and  friends. Always very supportive to everyone in  our indiedev community. He started his hobby to be an indiedev and making his game "Hottie & The Sausage Machine'. The game is made in Unreal Engine.

James Smart job is being an camera man. That's awesome! Living in the UK. He has a big appreciation to all the games he played since the beginning of gaming. And his hobby of making games started the beginning of the pandemic of COVID19. Very generous person to make many free games on itch.io.  Check it out!
He made his first games on itch.io and continue to grow his talent of making beautiful games and some of them are available on Steam too! I am a fan of his games because it's unique and relaxing. He is also a student from Game Dev Unlocked just like me but with more experience. The games are made in Unity. Maybe he will make  a game in Unreal Engine in the future. Who knows.

An young IT genius from Romania making games as a hobby in his free time. A caring person that loves playing 80's games. He is working on his game called "Jorvin's Gravity'. It has a comic sci-fi vibe which I like. Can't wait to be finished so he can show the world about his creation. BUT he made some other games which are finished!

Current game in DEVELOPMENT: Jorvin's Gravity
Find out more about  all his games on Twitter, YouTube , itch.io and other.

An newbie BUT creative and intelligent indiedev from Brazil. He finished his game called " Implous Pumpkins" on Steam. I played it this month in April 2022 and I liked it. It has a Halloween vibe and it's fun. The game is for all ages which is amazing. He is currently working on another project. Very ambitious indiedev we got here!

Current game in DEVELOPMENT: (updating)
Find out more about his games and future projects on Twitter,  YouTube and Steam.

https://www.youtube.com/channel/UCvEYvnAihhNfFCXeOsWVrqw
(all about the game "Impious Pumpkins") 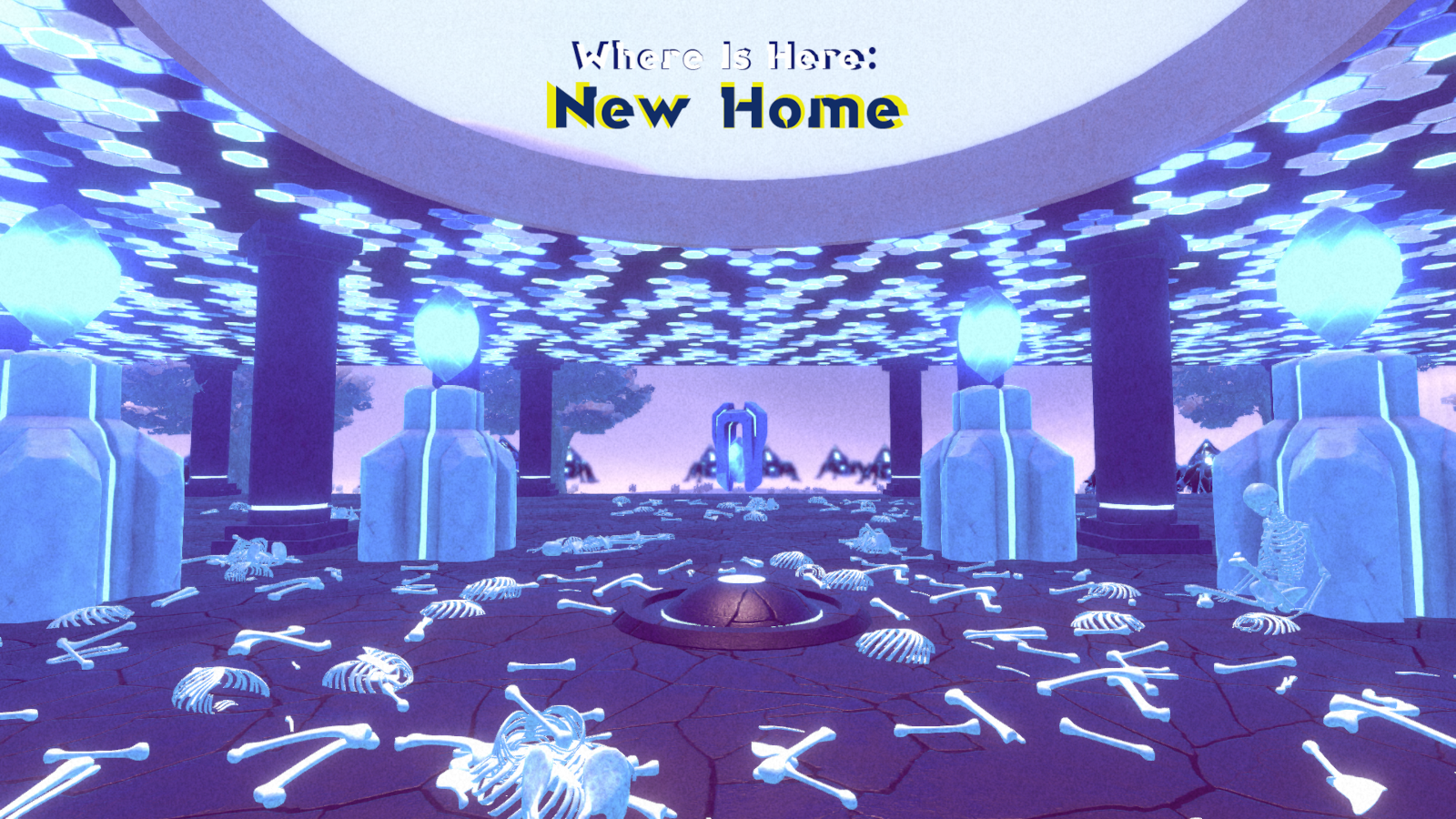 I loved watching gamers on YouTube playing video games like Soma,  Outlast and Amnesia.
Games that you can't defend yourself and instead you need to run from those monsters is scary enough. That's the perfect recipe  of making a great horror game.

I didn't want to make a horror, thriller game in the first place. But it felt kind of boring so I added this genre to make the game exiting and interesting.

Than the inspiration came from those games to make this one a survival horror game too. With sci-fi genre into it.

The inspiration of my story was from a video game called "Mass Effect: Andromeda".
About finding new planets and nobody can live on them. And they found out some Remnants that controls the planet with ancient devices. For me, it was a unique story and great game.

That's why, at the end of making  my game. I had to think what story to put with all the worlds. It's not the same as Andromeda. But it has the vibe to it.

If you like those games with mystery on planets. This is your game! 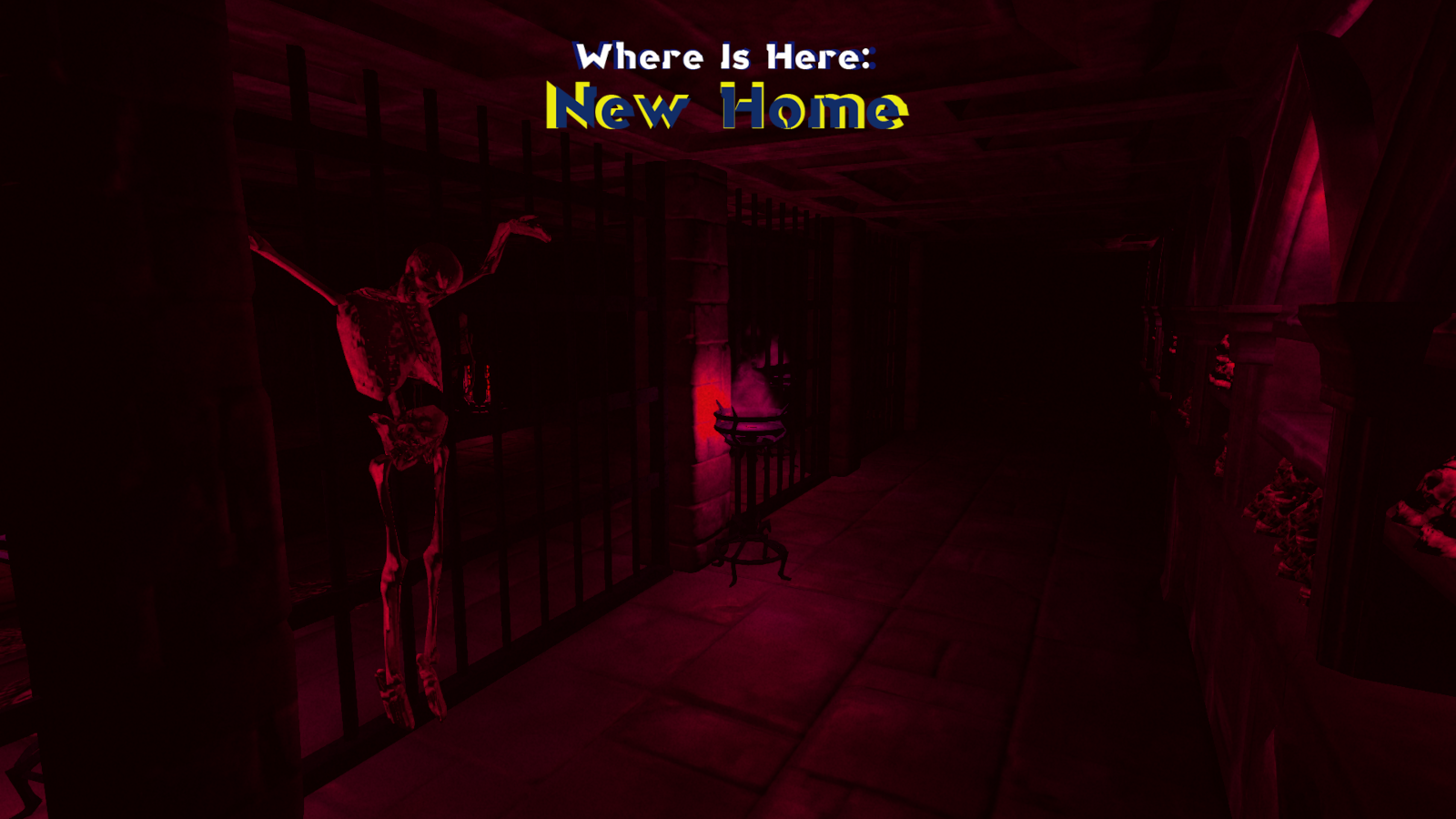 Imgur: The magic of the Internet

Send me a screenshot (in pdf file) or a video recording while playing my game so I can see what the problem is.
Emailadres: help.roxannastefaniucfabiola@gmail.com

Normally playtests happens before selling my game ONLY on itch.io
So the game has to work otherwise you had to check "Minimum System Requirements" before buying the game. 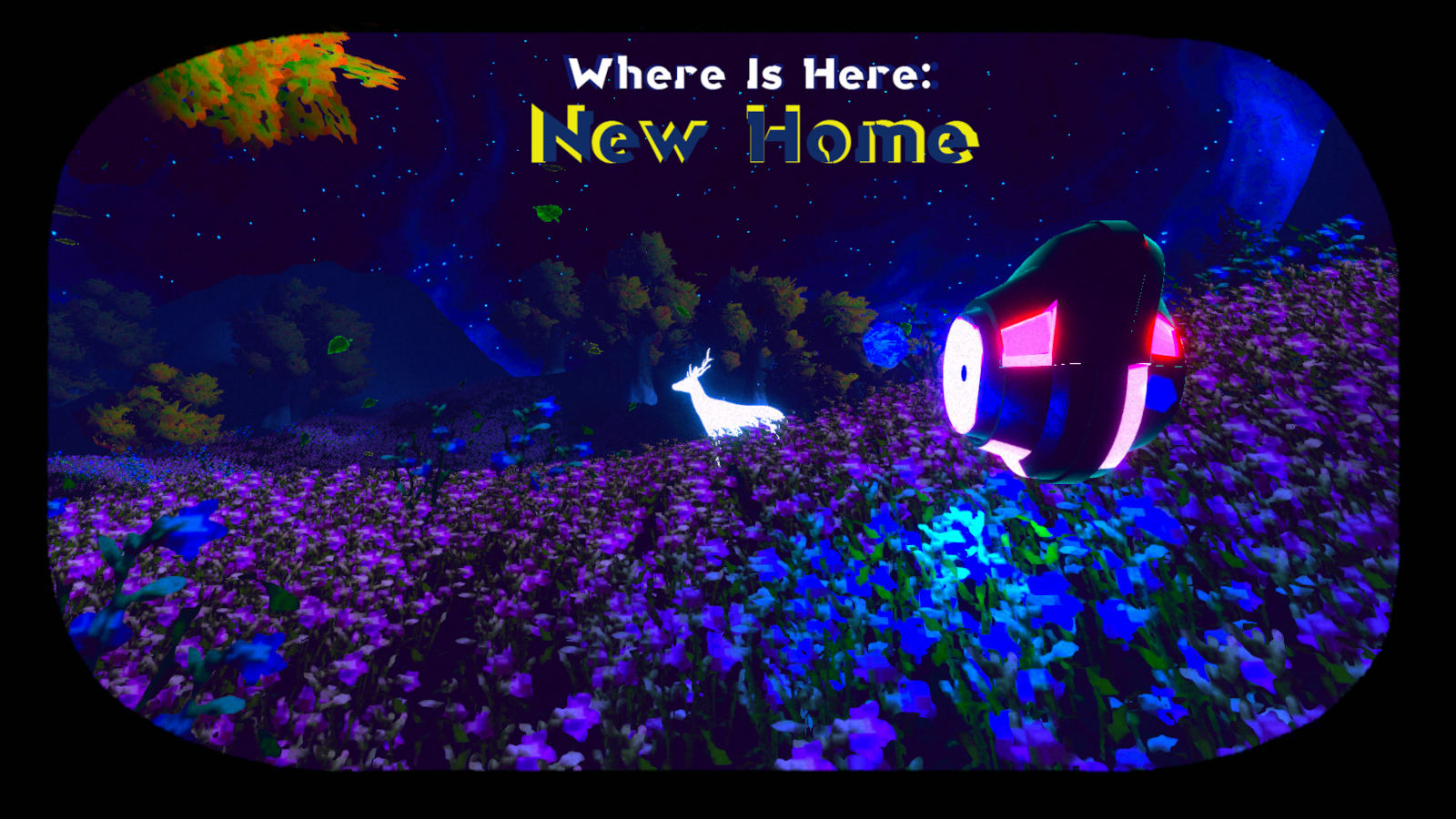 In order to download this game you must purchase it at or above the minimum price of $14.99 USD. You will get access to the following files:

From 2016 until 2019, I went to Gamescom in Koln. And I know how the games look (graphics and mechanics). The game Where Is Here: New Home is very very nice. Especially when it's her first paid game.
I don't compare with the game The Witcher: Wild Hunt but let's be serious, there are many games that doesn't compare with this one.
I love it, I like it and I hope I see the next one.
Well, I hope many more people will have the same opinion like mine.
Buy it, you won't regret it! I had so much fun while playing it and I forgot about my own problem.
Thank you Roxanna and sure make a 3rd game!

Thank you for playing my 2nd game. I am happy you liked it and shared your opinion. ^^
Have a nice day! God bless you.

Every minute of the story was filled with good writing and funny jokes, not only that the story is very sweet and caring, but it has some scary and emotional moments.
You meet several weird creatures and aliens, each with their own story. I was up for the task but it wasn't quite easy either.
Really enjoyed this game!
PS: The music and graphics is fantastic <3

What a great looking game ! I love the fact the developer is documenting her dev journey which not only serves as a testimony of how hard making games is but also as hints for everyone making the same indie dev journey. Amazing job !!

I did everything alone and it was hard. Reading so many blogs about making a game and learning why and how. 😬

For a newbie indiedev, it's hard. So I made this devlogs to share my knowledge. It's short and with pics too 😁👍

James Smart (a friendly awesome indiedev friend) helped me out with debugging a terrain when you duplicate a scene in Unity.

I couldn't do that because there was no information about it on google.

It's amazing to meet amazing friends in the community like James and you!

Thank you for your supporting words! 🙏😊

Just finish your game so we can play it! 😉👍

That’s so amazing Roxanna ! I have so much respect for you and your efforts in sharing what you learned with others. Yeah, James is a gentleman and an amazing talented indie dev with a lot of experience and good taste in level design. I love his work too. So glad you guys have a strong bond there with your game. My pleasure in spreading the word ! You deserve it, the game looks amazing !! Thanks so much for your kind words, friendship and motivation. You’re the best !!

This looks really cool, looking forward to it!

wow!!! this game looks great !!! keep up the good work. Hope we can collab on future gaming projects. I'm a game writer for various indie studios.

haha ^^ thank you!! :D it's always nice to hear people liking my work :D
And like i said, you never know what will happen in the future ;)
Have a nice day and thank you for sharing your opinion :D